Offered At
Call For Price 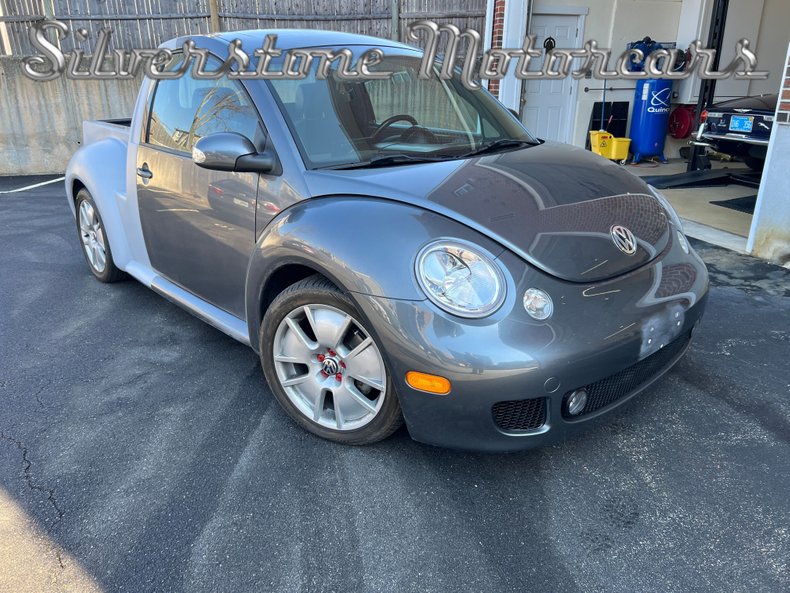 THIS CAR IS PHYSICALLY LOCATED IN WALTHAM, MASSACHUSETTS *

This is a fantastic example of a 2004 Volkswagen Beetle Turbo "S" UTE that has been expertly built by its current owner (Kriss Motors). The odometer reads 51,744 miles on the original car. She is finished in Silver Metallic and it was decided to not paint the car thereby giving the new owner the opportunity to select their own color combination. There are not to many of these UTE's around and this has been built to the owners exacting standards.

So, what is a UTE you might ask? While a UTE conversion can be undertaken on many vehicles both large and small (including SUVs), the logic of a very small UTE rests on its utility as an everyday passenger vehicle suitable for urban settings that can “double duty” as a highly useful mini truck. Odd shaped or heavy items are difficult to load and carry in a passenger car trunk and dirty items can ruin the interior upholstery. Our UTE transformation is based on the Smyth New Beetle UTE kit designed and manufactured by Mark Smith of the Smyth Performance company. The kit, launched in 2019, is specifically tailored to the 1998-2010 Volkswagen New Beetle.

This 2004 Volkswagen Beetle Turbo "S" UTE is exceptional in every way and you will see from the gallery photographs that absolutely no expense was spared in completion of this project. From the purchase of the original condition car, this project has taken considerable expense and masterful craftmanship that has resulted in this fun, functional conversion; she's full of pep also!. The UTE build itself is meticulously detailed all of which will be provided to the new owner for their records, Access to the complete build documentation can also be made available upon request.

Every aspect of this car has been well thought out then expertly implemented. Mechanically this UTE is powered by its1.8L L4 DOHC 20V TURBO coupled to its 6 Speed Manual Overdrive transmission and she runs and drives perfectly. The interior is in exceptional condition and she has been upgraded with a sophisticated stereo system and has 2 backup camera's; one on the rear bumper and one aimed at the bed itself. All she needs is paint and you have a fabulous mini pickup that will turn heads.

If you think an unusual and functional car like this might fill the bill then this is a car that you can not afford to let pass you by. We can arrange to ship this car worldwide so if you are interested, call today to discuss a purchase.

My name is Paul please call me direct with any questions – my cell phone is always with me at (978) 771-8375 or you can email me anytime at paul@silverstonemotorcars.com I promise you will enjoy your experience at Silverstone Motorcars. We'll gladly pick you up at the airport or assist in delivering this vehicle to your doorstep.

THIS CAR IS PHYSICALLY LOCATED IN WALTHAM, MASSACHUSETTS *